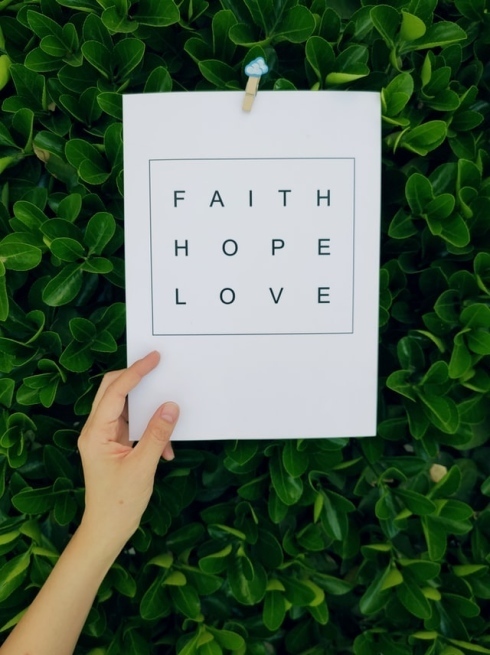 My text message said, “Put one word on the sign, ‘Hallelujah!’” As some reading this will recognize, at Lutheran Church of the Cross where I serve, on the corner of Cedar Hill Road and XRoad in Saanich, we have a sign with changeable letters. On this past Saturday morning when the news of the US election broke declaring Joe Biden and Kamala Harris as President and Vice president-elect, I sent a text message to my colleague suggesting we simply put one word on the church sign, “Hallelujah!”

If that sounds like a politically partisan message, I concede, it is. I have no trouble saying, with all love for my American neighbours, including the nearly half who voted Republican, that for the sake of their nation and the world, I believed the presidency in the United States needed to change. And I celebrate that it will.

But I recognize this is a personal view, even if shared by many in our community and nation, and even if I believe it is a faithful reflection of a Christian faith and vision of Jesus and his ministry of love and justice, mercy and forgiveness, hope and peace for all people that I hold to be true.

And so, the sign didn’t change to say, “Hallelujah!” It changed only slightly from the previous week that said, “Seek justice and love in anxious times,” to, “Seek justice and love in hopeful times.” A thoughtful change suggested by my colleague; because as we know, even in the hope of a new presidency, the concerns and issues of the pandemic, and further exposed by the pandemic, in the United States and Canada and across the world, continue. And so the need for continuing work for love and justice, reconciliation and equity, care and safety, compassion and peace, especially for those who remain marginalized, those who are poor and homeless, black, indigenous and other people of colour, queer folks, those differently able, elders and children, everywhere.

In the speeches by Kamala Harris and Joe Biden on Saturday evening, words they spoke stand out. In the first instance, Kamala Harris affirmed she is the first woman, the first black woman, the first woman of Asian decent, who will hold the office of Vice President of the United States. And in words that have been quoted often since then, she said, “But I will not be the last.” Those are hopeful words that a past barrier has been broken, not to be rebuilt again. I pray that is so. And I and others need to work in our own contexts, whether in the church or the community, our neighbourhood or nation, our home or the world, to see that barriers like these to any and all who are treated as lesser, be taken down and remain so.

Joe Biden said, “We will not lead by the example of our power, we will lead by the power of our example.” That is a dramatic shift in leadership that I hope and pray will be realized in the President’s office and by the United States itself. And so also for this nation and all nations, and for all people in positions of power and privilege, including me, to ensure barriers are taken down and people are lifted up for the common good of all. All I can say is, “Hallelujah!” to that.