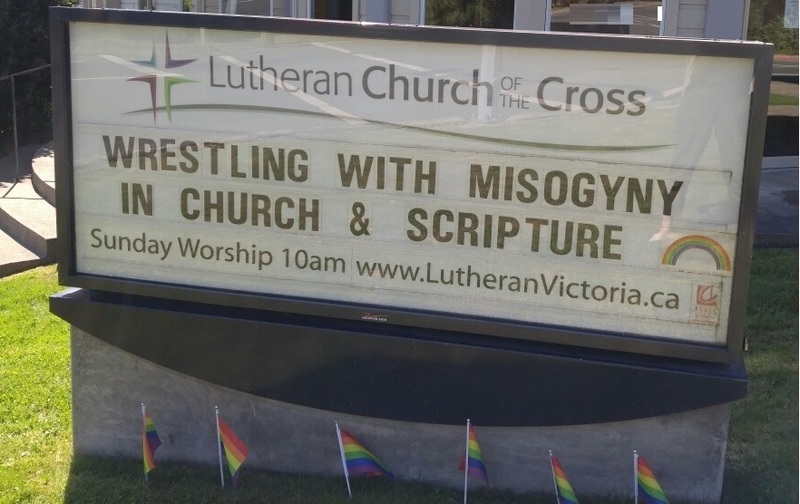 I give thanks for the invitation from today’s reader to address the complexity of today’s readings. However it shouldn’t take someone uncomfortable reading the day’s scripture readings in order to address these issues around how women are depicted in scripture. The church’s reluctance to do this work transparently over the years has contributed to people’s overall discomfort with the church, scripture, and wondering whether Christian faith remains relevant today. Good for us to do this work together and discern the good news amidst texts that have been used to prop up misogyny and keep women back throughout church history, including today.

Let us begin looking at the reading from Hosea. Commentator Blake Couey reveals how Hosea can be read a variety of ways. One predominant reading is a metaphor depicting God’s faithfulness despite human unfaithfulness. Scholars call this trope the “prophetic marriage metaphor” in which God is depicted as faithful husband and humanity as unfaithful wife. According to this reading, while it is unfortunate that women are depicted in a negative way, the primary message about God’s faithfulness prevails. Following this trajectory, gendered language while unfortunate distracts from the overarching message that God is faithful and good.

A more sophisticated reading both recognizes “prophetic marriage metaphor” depicting God’s faithfulness, while also critiquing the ways in which women have suffered as a result of these gendered metaphors. Surely it is possible to tell the story about God’s faithfulness despite humanity’s unfaithfulness, without throwing women under the bus. This is primarily what a feminist reading of scripture addresses. Women do not need to look bad in order for God to look good. To buy into this argument requires adopting a patriarchal worldview that men are inherently better to the point of embodying godliness, while women embody human frailty. When we say this straightforwardly we know it sounds wrong. This isn’t the God we believe in, one that gives men dominion over women.

However, if we’re honest, this too is part of world history and church history. Despite the fact among the most powerful of Jesus’ disciples in the New Testament were women, after the First Century, women did not regain the status of church leaders until nearly two thousand years later. Not until 1976 was the first woman ordained in the Lutheran church in Canada. Only 43 years of ordained women and we still have a long ways to go.

Let us explore the woman at the heart of the Book of Hosea. Hosea is told that he is to marry Gomer and have children with her. We aren’t told whether Gomer wants to marry Hosea and have children with him. In fact Gomer’s voice doesn’t figure into the Book of Hosea. We learn about her in the third person. She never speaks, which is a problem. You can always tell who is in power by who gets to speak and tell their story.

Over the years rather than Gomer speaking, there have been lurid stories told about Gomer, that she is a temple prostitute. There is no evidence to suggest any of these stories are true. These are “how much more than” stories to emphasize how much greater God’s faithfulness is to humanity than whatever lurid story can be concocted against the foil, which in this case Gomer is forced to play.

Our translation in the NRSV says Hosea is told to take Gomer as a “wife of whoredom.” However a better translation would be “a promiscuous woman.” Not that this is unproblematic. Why is it so often women are depicted as being promiscuous? There is the story of King David’s promiscuity, but note the asymmetry of power at work. First off rarely is David called promiscuous. Instead we hear about a lapse in judgment or some such thing. Today we talk about David’s rape of Bathsheba because she was not given a choice. Bathsheba is another woman in the Bible without a voice.

In addition to Gomer’s identity, there is the plight of her children who are named after horrible things. First there is the son Jezreel who is named after the place name of a military coup. Hosea prophesies the violence of the coup as a breaking point in faithfulness with God. Next Gomer bears a daughter named Lo-ruhamah which means “not pitied” representing God’s displeasure with God’s people. Next Gomer bears a son named Lo-ammi which means “Not my people” representing the ways in which God’s people have turned their backs upon God.

A reading in which Gomer regains agency

Shortly after in the Book of Hosea the cursed names of her and Hosea’s children are reversed. What began as a curse is transformed into a blessing.

Even though Gomer does not speak, the blessing upon God’s people is born through her. She exercises agency despite not having a voice. She is the intersection of forgiveness and her children are destined to greatness despite the ways in which her name and her children’s names have been maligned. In this way Gomer’s agency and centrality are reclaimed through a retelling of her story that we read in-between the verses. We proclaim the good news of how strength and victory are won despite all appearances to the contrary. And this Gomer shares in common with what as Christians we call theology of the cross. How the story of a messiah by all appearances was a failure became the cornerstone of our faith. So too Gomer’s story is one of salvific reversal, the people of God are saved through one who is judged at first to be worthless.

We retell an empowering story of Gomer that does not ignore the problematic nature of the story. We do not through slight of hand justify the misogyny that is present in the text and the manifold ways this is repeated. What we discover through the retelling is that we are normalizing equality of women and equality of all people on the margins, including how their stories get told. Rather than falling for the inevitable trap of this being a radical interpretation, we insist upon just the opposite. Treating Gomer as fully human and fully child of God is normative. Insisting she be relegated as lesser than is an extreme, even demonic reading of scripture. We confess that the church has invested in extremist and demonic readings of scripture over the course of history. We confess that ourselves have participated in readings that strip away the humanity and divine presence of ones with the least power.

This is why we proclaim the good news every Sunday. Because the way we need to proclaim the story keeps changing, needing different nuance, and emphasis. The Holy Spirit is at work in our midst.

Sexual revolution beyond the ‘60’s

Some leaders in the church in Canada and beyond are calling for a new sexual revolution. This time within the church. In many ways the sexual revolution of the 1960’s precipitated for many a falling out with church. Thinking about prophesies, the ‘60’s were a time in which people lost trust in institutions and were attracted to grassroots social movements. Younger folks stopped listening to what the church was telling them about sexuality.

One question put to us today, is it time the church catches up some fifty years later? Again this isn’t radical. In some ways it’s about waking up to realities that have already shifted decades ago. In large part it’s about letting go of understandings and interpretations that benefit a few at the expense of others, much as the ways in which patriarchal readings of scripture benefited men at the expense of women. Puritanism was sold as faithful humility and sexual discretion, but at the end of the day it boils down to power and privilege. It’s about subjugating the bodies of women, in order to entrench men in positions of power and privilege.

We see these arguments continue to play out in the church around queer bodies and queer spaces. The fact that we still need publicly to announce that queer people are welcome in churches, reveals that the underlying assumption is that they are not welcome. Indeed in a majority of churches queer folks do not have equal rights as evidenced by the recent failed vote for marriage equality in the Anglican church. Thankfully the church is finding creative ways to move forward on these issues, but at great expense and harm to queer folks who are seen as lesser than by people in power.

Just yesterday we received a note from a young queer person living in the neighborhood thanking us for affirming signs. They said it makes them feel better walking around the neighborhood and living here, knowing the church has their back. Considering how little effort it takes to change a church sign, imagine what we will accomplish together as we continue proclaiming the good news in its fullness.

Wrapping up let us remember the key points we talked about today. Let us retell the story of Gomer and her children as a story of God empowering them and granting them agency. We deconstruct harmful patriarchal readings so that God’s word can be revealed more fully. So that women, femmes, and all God’s children can live equally as God intended. Let us celebrate this Spirit led awakening within the church, beginning with each one of us. Amen.