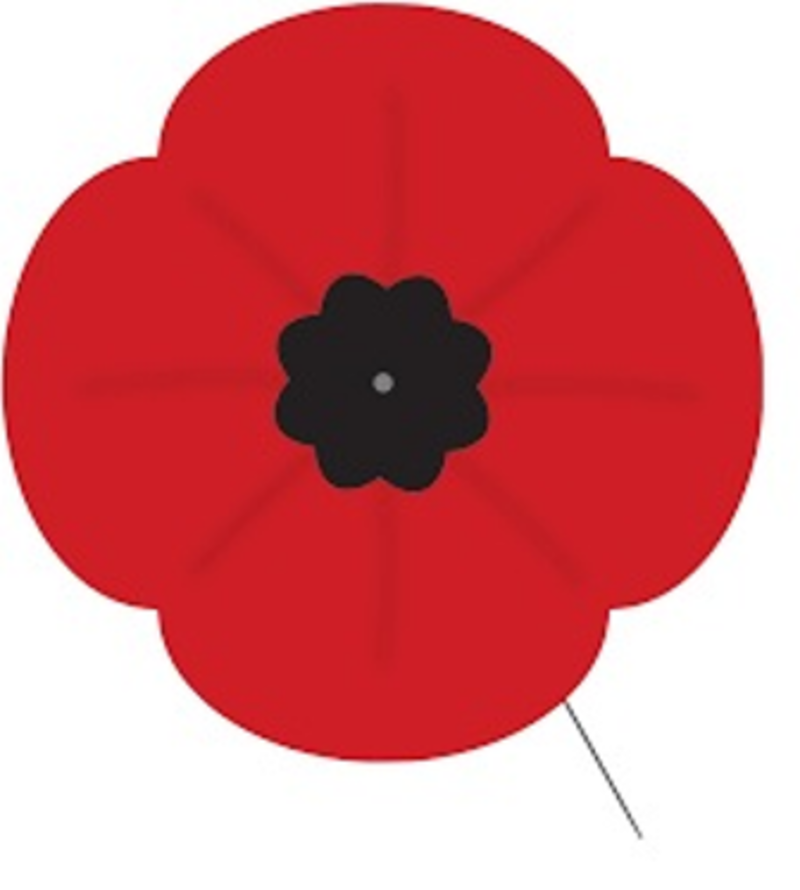 Jesus talking about the power of resurrection comes in-between two significant remembrances. There was the Kristallnacht Remembrance Thursday evening and Remembrance Day tomorrow. I want to talk about the ways in which Jesus’ promise and power of resurrection in the gospel reading helps us find our way between two remembrances that include mourning, violence, and death. It was considering these two that the church sign reads: Honouring veterans fighting fascism – lest we forget.” We think about members of the Canadian armed forces who responded to the call to defeat fascism in Germany, including the persecution of the Jews. Remembrance Day isn’t just about remembering events that happened long ago, although 1943 isn’t so long ago. It’s also about keeping awake that we don’t let horrific events comes to pass while we remain passive. Veterans did not make sacrifices in order for us to fall asleep and forget their self-sacrifice.

On Friday I had the privilege of attending the Remembrance Day event at my kids’ school. There were veterans seated up front, including one who is retired and one who is currently serving today at a local base. The school assembly was a mixture of somber and controlled chaos. The kids actually did really well with reciting their lines, keeping a moment of silence, and a couple classes prepared songs, including O Canada in sign language. Hats off to the teachers who are responsible for keeping a couple hundred children gathered for 45 min. sitting on a gym floor. It’s good to see our kids making a connecting between Remembrance Day remembered today and sacrifices made in the past.

The kids’ fidgeting bodies call to mind both the reason we continue to fight to uphold democracy and also Jesus’ celebrating bodies as children of the resurrection. For God all people are worthy of salvation, worthy of being celebrated in the fullness of their bodies, no matter the conditions imposed upon us in this life.

On the other side of Remembrance Day is the Kristallnacht Remembrance which was honoured this past Thursday. Kristallnacht is literally translated as the Night of Broken Glass, which took place in November 1938 at which Nazi paramilitary forces and civilians smashed the windows of Jewish owned businesses and houses in Germany. Some of us gathered for an evening of remembrance at Congregation Emanu-el, a synagogue in downtown Victoria this past Thursday evening. It was a time of solidarity together with local community and religious leaders.

One of the speakers on Thursday was Prof. Matt James, a political science professor at University of Victoria. He connected the dots between hate speech and hate crimes of 1938 and ways in which they have continued throughout history. For example the Civil Rights movement of the 1950’s and 1960’s in the US was a response to systemic racism and injustice against African Americans. The need for the Truth and Reconciliation Commission in Canada, addressing the ongoing criminal neglect and injustice against Indigenous peoples until present day. As well anti-Semitism remains an issue today, including readings of our gospel text which depict Jewish religious leaders in a negative light. In Luke the Sadducees have been interpreted by Christians as lesser-than for not believing in the resurrection. As well, they serve as a comedic backstop in the interaction with Jesus, serving Jesus with the riddle about the woman whose husband dies and then she marries a succession of brother-in-laws. More on that later.

Prof. James highlighted the need for continued vigilance. In particular he asked each of us to think about the implicit biases each of us carries. In other words not assuming we are above it all. Too often we hear “racism” and assume that applies to another group of people “over there.” What are ways we continue to benefit from privilege and perpetuate systems of injustice? Sometimes we do so without even noticing.

A story about ways in which we perpetuate hate, even without saying or doing anything. Recently a student shared a story about an experience she had riding a bus in Victoria the past year. She wears a headscarf, is a woman of colour, and is visibly identified as a religious minority. A man on the bus started yelling hateful things at her including to go back where she came from. Normally an outspoken person she found herself frozen, not expecting something like this to happen in Victoria. Perhaps even more upsetting was the reaction of her fellow passengers. On a packed bus of mostly white folks not a single person said or did anything to intervene in the situation. This was the hardest reality to face that even here in Victoria, which we think of as a mostly safe place, not one person was willing to help. And these were likely people who thought of themselves as good people.

What can we do in situations like this? The students on the panel talked about bystander intervention. Here are a couple practical tips to consider. Depending on the perceived threat of the situation, we choose to respond directly. See something, say something. Another option is physically stepping between the man and the person being threatened. Another approach that has been used effectively is simply to begin a conversation with the threatened person and help them move away from the threatening individual. In all of this we ought to respect the autonomy of the person threatened and listen to their wishes. We need to take cues as to the kind of support they prefer, not to talk over them, or remove their agency in the situation. However, we shouldn’t let not knowing all the details to become an excuse for doing nothing. The same principles can be applied in less threatening situations when someone is telling a racist joke for example.

Think about when we heard in social studies or history class about what happened to the Jews on Kristallnacht. How many of us said to ourselves, “If I had been there I would have done something.” Perhaps we imagined ourselves fighting valiantly in WWII. However, if we’re on a bus or other public space and stand back doing nothing, we have our answer to any imagined heroism.

Theology of the Cross

As Christians we have a powerful theology in our back pocket. A theology of the cross, something Martin Luther valued dearly, allows us to bridge the gap between death and life. As opposed to theologies about success, always feeling happy, or positive thinking, a theology of the cross begins with failure. It begins with the remembrance that Jesus was a Jew. He was betrayed while others stood back and said nothing. He was killed while others looked the other way.

And yet the story doesn’t end there. Instead in our gospel reading we hear Jesus promise that our relationships with God, as children of the resurrection are stronger than the limitations imposed upon us in this life. Consider the woman in the gospel reading. On the one hand there is this logical game trying to figure out to whom she belongs after she has married seven brothers. The story would not have struck the original audience as oddly as it does us today. For example, in a patriarchal society it was through maintaining family relationships and marriage that gave women privilege and protection. It was the responsibility of each of the brothers to care for the family of their deceased brother.

On the other hand Jesus says, “That’s not how this works. That’s not how any of this works.” Jesus offers a redirect that the woman and all of us are first and foremost children of the resurrection. At the end of the day the woman’s relationship to God transcends all the other commitments for better or worse.

Consider how the gospel challenges us to choose paths of liberation. Just as Jesus sets this woman free, so too we are called to set one another free from systems that of oppression. Thinking about veterans liberating neighbours especially the Jews who survived from fascism. Consider all the outsiders who were taken to concentration camps and gas chambers: Jews, anti-social folks, queer folks, gypsies, mentally and physically disabled, opposition leaders, if your neighbour reported you for whatever reason, and more.

And yet since WWII as church we’ve had to litigate fights in the church along similar lines whether certain kinds of bodies fit or not within church. Whether women should serve as pastors, whether queer people should serve as pastors and be married in the church. And we continue to struggle finding ways to welcome the above fully into the life of the church. Jesus’ message that we are children of the resurrection transcends all these wars we fight in order to exclude or privilege certain groups of people. And so many of these fights centred around whether different kinds of bodies were considered good or less good.

A story about celebrating bodies. I think again about the kids at the school assembly for Remembrance Day. There are kids from all kinds of backgrounds. Some grew up around Victoria, including Indigenous children. Others immigrated from another country, including my own family who moved here from the US. There are children who came as refugees, including from Syria. Some children experienced war at a young age which has left a mark on them.

Together with these kids, we are children of the resurrection, celebrating bodies, with different histories, different names, different birth certificates, different paths towards permanent residency and citizenship. Considering the horrors of the recent path, we have been given the privilege and grace to build a different kind of world together here in Greater Victoria.

What are ways in which we are called to share in this grace, to honour veterans, and to celebrate all children of the resurrection?

The Spirit grant us the courage and love to fulfill our divine calling, celebrating bodies, making the world a better place. Amen.