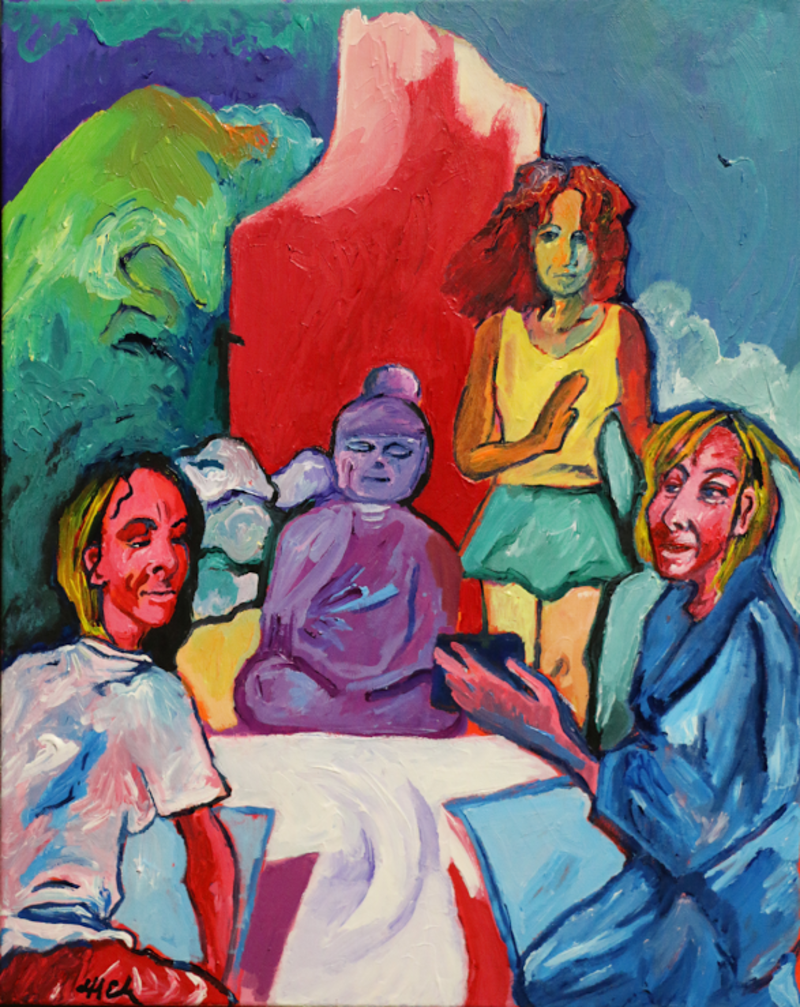 Women have been in ministry right from the beginning. Right back to the first disciples including Martha and Mary. And Martha has unfairly received a bad rap. In today’s gospel reading from Luke, Martha has worked tirelessly to provide hospitality for Jesus and others. We mostly remember her for being chastised by Jesus after cooking and managing a household full of guests. If Martha had not prepared for guests, made sure there was enough food and drink, set the table, she would have been accused by someone for being a bad host. We touch on the fact that some things never change. Women have been judged by double-standards all the way back to the ancient world right up until today. Women were expected to be a good host and at the same time not be too busy to spend time with their guests at the same time.

What do we make of Jesus’ rebuke of Martha? Biblical scholar Brian Peterson reminds us not to make Martha into a caricature. Too often Martha is interpreted as being overly consumed by what is regarded as “women’s work” including homemaking. As a result, the reading goes, Martha misses out on the real point of Jesus’ visit, forgetting to listen to his words as her sister Mary does. Peterson reminds us that Martha is providing the very hospitality Jesus outlines earlier in Luke 10 that disciples should expect to receive. They should be willing and prepared to accept hospitality from others and stay in households where they are welcome, which is exactly what Martha is doing, being a good host.

If we take a step back perhaps there is room for two things happening at once. It is possible both to be a good host as Martha is doing, preparing food for Jesus and the disciples, and also for someone like Mary, to be the one listening to Jesus’ words. In other words we can interpret Jesus’ rebuke of Martha not about offering hospitality but her feeling the need to criticize her sister for sharing her own gifts in a different way, namely listening to Jesus. There is room both for one to prepare a meal and another to receive the gift of Jesus’ words, recognizing the living word in their midst. It helps that both Mary and Martha are women. We wouldn’t want to suggest that it’s the woman’s job to prepare the meal and offer hospitality, as historically has been the case, while men engage in higher intellectual pursuits. Since both Martha and Mary are women, we can focus on valuing each of their unique contributions as disciples. Who knows, perhaps Martha and Mary even trade roles at another meal with Jesus not included in the gospels.

Where do we find ourselves in this gospel reading? Haven’t we been in Martha’s shoes at times where we are hurriedly preparing food for guests, meanwhile no one has bothered to lend a hand in the kitchen or at least to think about setting the table? It is not a good feeling when it seems we are doing all the work and even that is going unnoticed by others.

Isn’t this true at times in the church as well? Often it is the same people preparing a meal, setting the tables and chairs, providing hospitality for others, and we’re not sure if anyone notices or appreciates the work. Let us give thanks for the Martha’s in our midst. We know at Church of the Cross and St. Luke’s we have both women and men offering hospitality, helping with serving food and washing dishes. And yet the story is about two women, so we think about the ways in which women have been doing ministry from the get-go in the New Testament and have not always been recognized.

We never learn as much about the women’s lives as we do about the men. We don’t know much about Mary and Martha other than they became disciples, offered hospitality to Jesus, and Mary was among the most faithful women who first returned to the tomb while the men hid out of fear. We think about parallels today in which women shoulder much of the work in the church, while receiving less of the credit than they deserve.

We remember the continuing struggles of women in ministry. In a recent New York Times story, the Rev. Dr. Amy K. Butler, was recognized as becoming the first woman to serve as senior pastor at Riverside Church in 2014. Sadly was asked to resign just over a week ago. Rev. Dr. Butler’s supporters describe the ways in which she fought against a culture of sexual harassment, striving for better working conditions for women and minorities. Others describe a clash of cultures in which lay leaders were not accustomed to a woman demanding equal pay to that of her predecessor and demanding oversight over programming that is customarily given to men pastors. All this in a self-described progressive church that fights for climate change, justice for migrants and immigrants, as well as full inclusion of the LGBTQ community. Rev. Dr. Butler’s plight serves as a reminder that it is possible to advocate for the right things, while continuing to marginalize and undermine women in leadership.

We think about women serving in the ELCIC as pastors, deacons, and bishops, and the extra hurdles they encounter that are not present for men. We think about the ways in which women are expected to be present to do emotional labor for people who are hurting in ways men often get a pass. At the same time they are often asked to serve on diversity committees or make sure there is gender balance, while not being relieved of other duties to compensate for the extra labor.

In all the mix of finding justice and equity for women in ministry and in the church, we are reminded of the role Jesus serves in the gospel reading. Even as guest, he is present as host. While Martha feeds him a meal, Jesus himself offers himself as meal as word of God.

Jesus’ own body is the in-breaking of the divine in human form. Jesus’ presence elevates not maleness or patriarchy but the inverse. He validates the faithful discipleship of Martha and Mary. He celebrates the ways in which Mary transgresses norms. Rather than helping in the kitchen, Mary is the one learning and engaging in discourse. Here are two women actively participating in the in-breaking in the kingdom of God during Jesus’ lifetime.

Just as Jesus transgresses norms, inviting women to be full participants in ministry, so too we continue to extend the welcome to those who identify either as women or femme but have been excluded by church. We think about trans women who are women. We think about femme presenting queer folks who are often side-lined and whose gifts for ministry have been overlooked. Together with Martha, Mary, and a norm transgressing Jesus, we celebrate them as well.

Just as both Martha and Mary sensed the urgency of the task at hand, with the Messiah dropping by their home for a visit, so too the in-breaking kingdom of God comes with urgency. Hearing the word proclaimed we realize God’s people and God’s word are at work in new and unexpected way, breaking norms, leading us to be church differently.

We heed the warning signs from congregations like Riverside that outwardly appear robust and courageous, while inwardly contain fractures that quickly break in the face of dissent and factions. We pray for that Jesus offering Jesus’ own body around the table grants us healing, wholeness, and courage to bind together in the midst of challenging times.

I believe our congregations are uniquely situated with an outward posture of welcome, joined with inward prayer and reflection, considering ways we are united in valuing women’s ministry throughout the church.

Wrapping up, grant us the resilience of Martha and Mary. Grant us the gifts of hospitality of Martha, welcoming the stranger, welcoming Jesus. Grants us also the gifts of discernment of Mary, recognizing the word of God in our midst. Rather than dividing these two strong women, we celebrate the gifts they bring, and the ways in which women continue bringing gifts of grace in Church of the Cross, St. Luke Cedar Hill, and throughout the Anglican Church of Canada, ELCIC, and around the world. Amen.